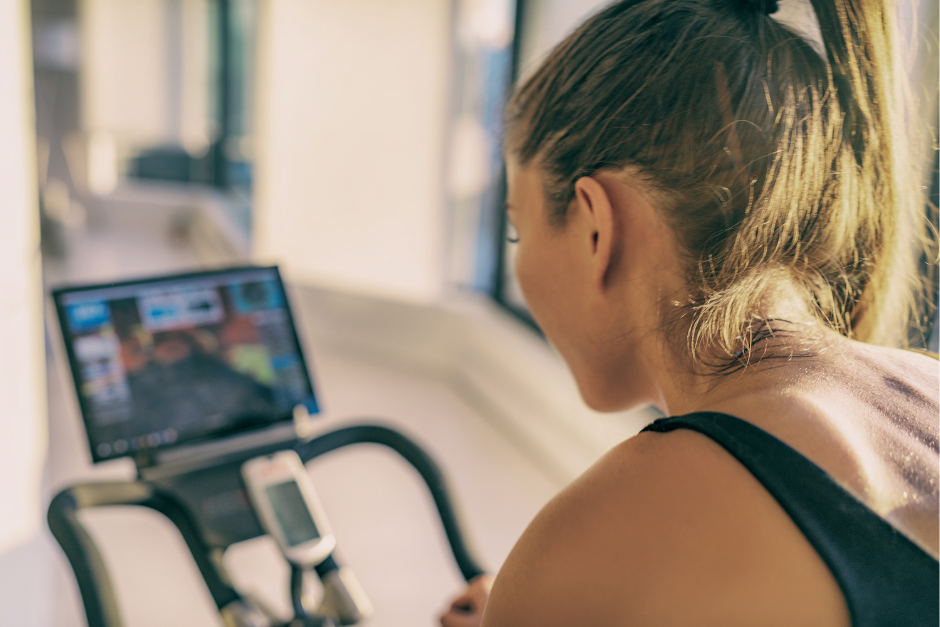 Two years ago, in the depths of the Covid-19 pandemic and lockdowns, exercise bike sales skyrocketed. Peloton basically became a household brand overnight. The number of people forced to stay at home to work boomed too.

I’m on the frontline of health and wellbeing and two years on from the pandemic I’m beginning to see a growing number of people with (what I call) a new health condition, Peloton Syndrome.

Peloton syndrome sufferers have all or some of the following symptoms; rounded backs,  hunched posture, tight upper shoulders, forward protruding head, stiff necks, stiff achy hips that can be acutely painful at times, and tight or sore thighs and tight calves.

Peloton Syndrome can be addressed and resolved using a combination of strengthening the weakened muscle groups, releasing overworked muscles and stretching out tightness. But if left problems can worsen.

Let me explain how more and more people in Surrey are presenting with these symptoms when they come to see me.

Being sat at a desk for eight to ten hours a day, five days a week with likely less time away from the desk than working at the office (commuting time, coffee and lunch walks etc) shortens muscles in the front of the thigh and hips tightens the shoulder and neck muscles that are having to support a heavy head (that is protruding forward) and tightens chest muscles caused by poor posture at the desk. Basically, most of the muscles on the front of the body and legs get tight from being in a shortened position for a long time.

Secondly, the 30-60 minutes of free time each day is then spent on the exercise bike. Typically on an exercise bike the muscles on the front of the legs and hips are the predominant muscles being worked which leads to shorter, tighter, stronger muscles. And often without a stretch and/or self-massage before or after the bike, sufferers get right back to work sat down at their desks.

Over time, due to the combination of the two, symptoms get progressively worse, often at an unnoticeably slow rate with the pains and aches usually only presenting when moving and exercising in a different way to that of being hunched and sat at a desk or bike. When I see sufferers, their symptoms show up straight away when I carry out routine posture and movement assessments.

I address the imbalances during the personal training sessions and set a few exercises for the sufferer to do at home to fix the problem. With discipline and a little dedication, symptoms improve noticeably within a couple of weeks.

If you think you are suffering from the above symptoms and you are at your desk and or exercise bike a lot, there are a few things you can do to help. 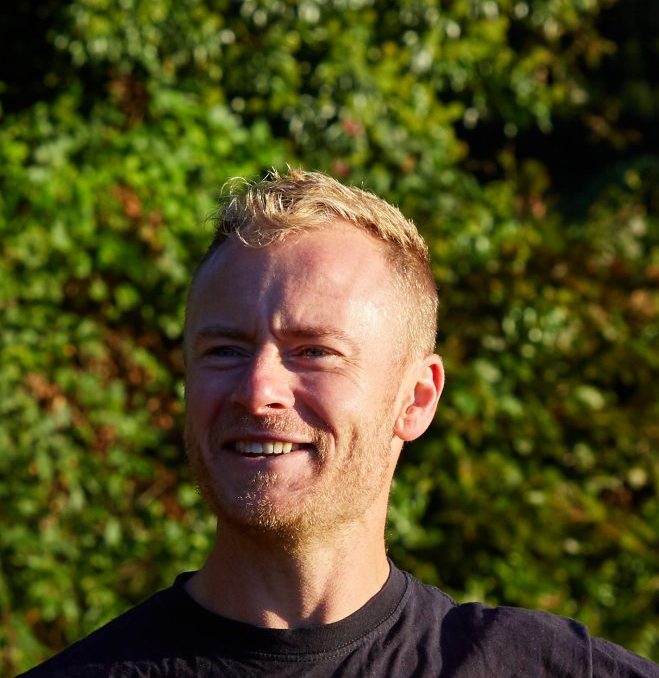 How much training do I do?

I get asked this quite often by my clients who are curious to find out what exactly I do and how I find the time for my own training. Like most people I coach, I find it a real challenge to find the time to fit in my own exercise, especially as I’m my own boss and can dictate my own working hours and client sessions often take priority in my diary. But it wouldn’t be right of me, as a fitness expert, to not practice what I preach. And I know first-hand just how important regular exercise is for my mental wellbeing as well as my physical health and being able to maintain a high level of productivity consistently over time.

As many assume, I don’t spend hours in my studio lifting weights, or running 3 hours at a time or riding 5 hours at the weekend. I just don’t have the time nor the inclination to want to do this. And, it’s not necessary for what I want.

My aim with exercise is to be in the best overall state I can be in, as often as possible. And I need to be efficient with my exercise because I’m really busy. And so…. I do the least amount of exercise possible to achieve the results I want. I know that by doing 30 minutes exercise every day of the week I attain 80% of the benefits I’m looking for. Perhaps if I trained an hour a day I’d get attain an extra 20% benefit but that’s not smart because I’d be overtraining, not recovering enough and doubling the time I train for only a 20% gain.

I tend to run 3 to 4 times a week and work on my strength on the other days and it works really well. I gradually build my fitness and strength and still allow my body the time it needs to recover and rest to be in optimal health as consistently as possible.

People ask me how much exercise they should be doing, I’ve answered this in another blog. But in short ideally 30 minutes daily, however, be realistic and set yourself up for success by setting a weekly target that you are 100% guaranteed certain to be able to achieve and build on from there by increasing the exercise sessions each week or two. 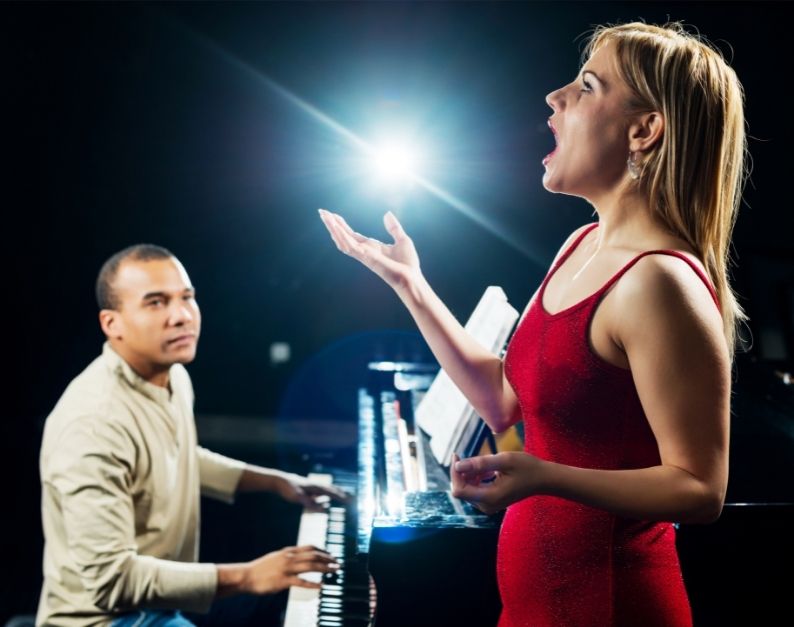 Why Dress Rehearsals are Important for Wellbeing & Health

Would a student take an exam without studying and expect to ace it? Would an opera singer stand on a stage without learning the song? Would a professional footballer play games but never train?

In every walk of life, practice is essential to success. It’s through practice that we learn the skill set to complete the task given to us.

By trying something different, new natural pathways are formed, fired and wired together and through repetition, those connections become stronger and stronger making the tasks easier to complete as close to perfection as you can muster and almost completed autonomously. Take the best professional footballer in the team, they’re the ones who are first to the training pitch and last to leave because they know that it’s through practice and repetition that they have come so far and not a god-given gift.

It is no different with habits, ending bad ones and forming new healthier ones. Practice and repetition are essential until such time that the change has occurred, and the habits become easy and almost autonomous.

Did you know that practice does not have to be physical to hardwire the connections in the brain. Imagining the practice is almost just as good. A study took two groups, one group had to imagine training their muscles by lifting weights, imagining the contractions and the effort on the muscle and the other group did nothing. Those that engaged in the mental strength exercises gained twice the strength as those that did nothing. Studies have also shown how the imagination of exercise stops muscle wastage in people with broken, plastered, limbs.

Formula one drivers know that imagination is almost as good as the real thing, they rehearse the race in their mind to the finest details; the speed, the braking zones, the racing line they take, the gear changes etc etc.

And we can apply imagination when we’re trying to break bad habits and form new ones. For example, imagining our new routine; getting up when the alarm sounds, doing our stretches, drinking a glass of water, putting our running kit on, and heading straight out the door. The same can be applied to breaking bad habits, the kids are screaming, you’re making dinner and you would have reached for the wine but you stop yourself in the moment and take a big deep breath and step back from the situation and give yourself clarity and a moment to ask yourself whether you really need the wine.

Even meditation is rehearsal. Mindfulness during the day is training us to stay in the present reality and move away from past and future thoughts that are unproductive. The more we rehearse, the stronger the connection in the brain and it doesn’t need to be physical.

I would encourage anyone trying to make health changes in their life to use mental rehearsal as a valuable tool to form new ways. Because change itself requires more effort than no change at all, helping to hardwire the new neural pathways quicker with rehearsal can be an extremely valuable tool.

Don’t stand on stage, with the world watching, without practicing lots before 😉